It’s snowing outside right now. I can’t bear to post anything snowy, white, gray or dreary today, so I’m digging into my archives for something decidedly more summer-like and colourful.

Yoga on longboards in Lake Union in Seattle. Why not? 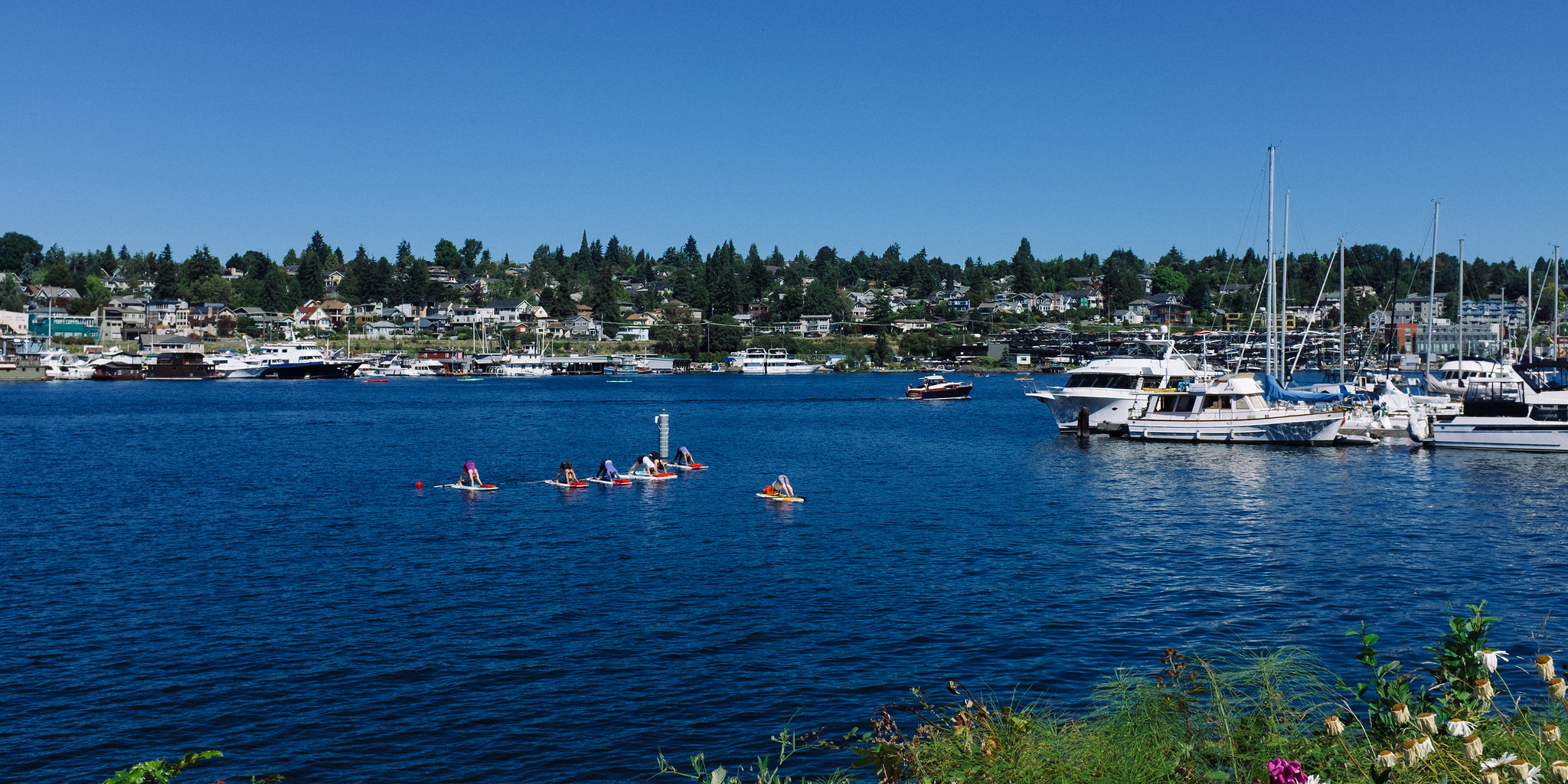 One of the side-effects of being across the street from a building like the one below is some pretty crazy reflections and shadows at the right time of day.

Can’t complain about that.

At the time of its construction in 1928, the Royal Bank of Canada’s new headquarters at 360 St. James Street was the tallest building in the British Empire.

On the main floor, one could find what was arguably one of the most impressive and imposing bank branches in Canada.

The main hall, with its arched windows, 50 foot vaulted ceilings, marble, bronze everywhere, chandeliers and intricate plaster work were then, and still are a stunning sight to behold. It remained a fully operational bank branch until the Bank moved out in 2010.

This grand space is now occupied by a new economy startup called Crew. They offer services for freelancers and other startups, including a place for entrepreneurs to work and get a coffee. Yes, one of the grandest bank branches in the country is now a very swank café and crash pad for designers and tech workers.

I don’t know what the Royal Bank’s executives from 90 years ago would have thought about a bunch of Macbook-toting, neckbearded hipsters working on the Next Big Thing while sipping lattés in their grand vaulted main branch. I pretty sure they wouldn’t have liked it. Something tells me they wouldn’t have complained about the business these startups are generating.

Nothing more to say.

I’ve visited this place on weekdays, weekends, late at night, the middle of the afternoon, you name it… there is ALWAYS someone rolling bagels accompanied by someone putting them in or taking them out of the wood-fired oven.

If you visit, look carefully at the front door. You’ll notice that there isn’t a lock nor even a latch on the door; there’s no way to secure the place. I suppose that if you operate 24x7x365 there’s just no need to lock up, ever!

Here we are on March 25 and winter’s supposed to be drawing to a close. This is the kind of scene we woke up to this morning.

Sure, it’s pretty. But seriously? Enough!